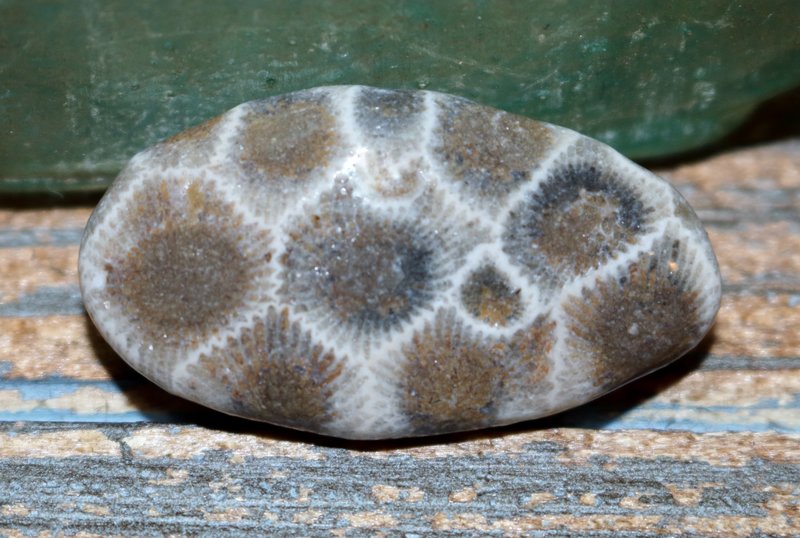 The Petoskey Stone - a 350 Million Year Old Fossil! Well before dinosaurs roamed the earth, over 350 million years ago during the Devonian period, the land we know as Michigan was located near the equator. Covered by a warm, shallow, saltwater sea, the colonial coral hexagonaria percarinata thrived with other marine life in tropical reefs. The earth’s plates moved and pushed Michigan north to the 45th parallel and above sea level, which created dry land formations. More recently, about two million years ago, glacial action scraped the earth and spread the fossils across the northern Lower Peninsula, depositing major concentrations in the Petoskey area. The prehistoric fossil, unique to the Traverse Group rock strata, is called the Petoskey Stone and is Michigan’s official state stone. Hexagonaria percarinata consists of tightly packed, six-sided corallites, which are the skeletons of the once-living coral polyps. The center of each polyp was the mouth and contained tentacles that reached out for food. The hexagon shape of each cell and thin lines radiating out from the dark “eye” in the center are distinguishing features unique to this fossil. In a roundabout way they also helped determine its common name, Petoskey. Pet-O-Sega, which means “Rays of the Rising Sun” in the Ottawa language, was the birth name given in 1787 to the son of a French fur trader and his Indian wife. Pet-O-Sega grew up in an area northwest of present day Harbor Springs, became a respected landowner and businessman and, like his father, was recognized as an Ottawa Indian Chief. In 1873 the settlement on the Bear River was named Petoskey in his honor. Petoskey became a summertime destination for Victorian tourists and the unusual fossil specimens were popular souvenirs. Study the Petoskey Stone and you’ll see in each cell the pattern of the “rays of the rising sun,” a romantic tie to the origins of the resort area. Besides, “I’m bringing you a Petoskey Stone” was much easier to fit on a postcard than, “Wait until you see the Hexagonaria Percarinata I got you.”In June of 1965 the Petoskey Stone was named Michigan’s official State Stone and Miss Ella Jane Petoskey, the only living grandchild of Chief Petoskey, attended the formal signing. In the city that bears his name, a bronze statue of the dashing Petoskey stands on a bluff overlooking Little Traverse Bay. See more at: http://www.petoskeyarea.com/ 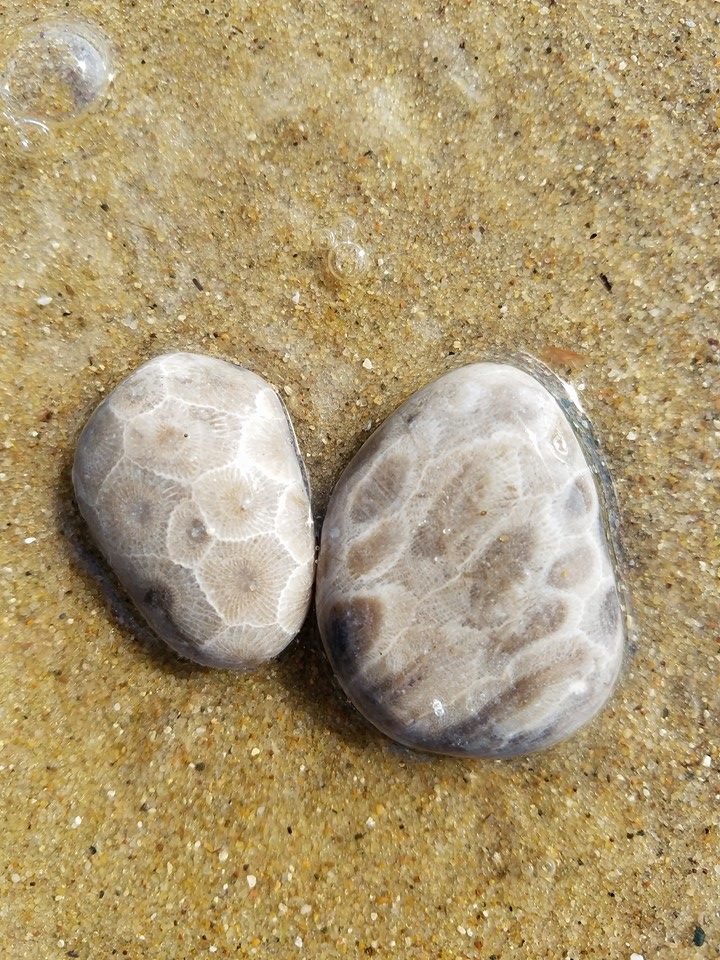